Sixty-three years ago today (June 29th) in Belo Horizonte a rag-tag bunch of part time footballers sent a seismic shock through the football world that has yet to be matched. So unbelievable was the score filtering through on the wire afterwards that it was incorrectly reported as England had beaten the USA 10-0.

England, playing in their first World Cup – according to some reports they thought the first three were beneath them, arrogantly declaring themselves World Champions without setting foot on the pitch, although others claim that their absence was due to a dispute over amateur status. They were soon brought crashing down to earth in the sun of Belo Horizonte to the delight of the Brasilians who had bothered to come. Few journalists thought it worth coming to see the inevitable thrashing that never materialised. 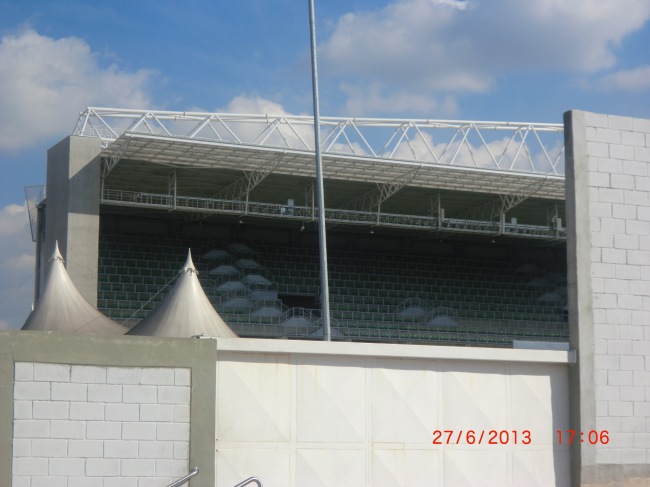 On another day the perceived 10-0 score-line would have been real, but the USA had a team of heroes that day with two standing tallest. The goalkeeper, Frank Borghi, whose day job was driving a hearse, proved an impenetrable last barrier and a young Haitian immigrant who made ends meet as a waiter scored the goal that shook football to its core.

Some say he didn’t know much about it, others say it was a deft and skilful diving header, albeit a faint touch from Walter Bahr’s cross that left England’s keeper Bert Williams flummoxed. But Joseph Gaetjens’ story would be denied the happy ending it deserved.

Gaetjens should have been allowed to dine out on his great story for the rest of his life in a country that adopted him as a footballer. Like his Belgian team-mate Joe Maca, Gaetjens was eligible to play under a rule that meant an intention to apply for US citizenship was good enough. Maca was later granted citizenship – he had been a Belgian Resistance fighter during World War II.

Captain for the day, Scottish footballer Ed McIlvenny also intended to apply for US citizenship. That made him free to play, but he never followed through. That was his choice, but the USA shamefully turned its back on Gaetjens.

Gaetjens was a promising footballer as a child in Haiti. Aged just 14 he excelled in Haiti. He was eventually sent to the USA and was noticed there, but unable to support himself, he had to take work as a dish-washer. His prowess earned him a spot on the miracle team. The rest, as far as that match is concerned, is history. The aftermath disgraces the USA in its treatment of a man who should have been one of its sporting icons.

Gaetjens never got US citizenship. He left American shores, initially for France where he played before returning to Haiti. Along with the late great Emmanuel Sanon, he is remembered as the greatest player Haiti produced even though he only played four internationals – three for the USA and one for his native Haiti.

Joseph Gaetjens was chaired off the pitch at Belo Horizonte’s Estádio Independência, which was renovated in 2010-12 – only the original dressing rooms survive – after the match by ecstatic Brasilian fans who had adopted the American team. He was just 40 years old when his story reached its tragic end.

Gaetjens had been warned to leave due to his younger brothers being opponents of Duvalier’s dictatorship. He chose to stay even though the tyrannical regime had already murdered his mother and another brother. Gaetjens wasn’t interested in politics and thought his apolitical and generous nature combined with his interest in sport and not politics would mean Duvalier and his thugs would not be interested in him.

Sadly that decision cost him his life. On July 8th1964 the writing was on the wall – relatives had fled to the neighbouring Dominican Republic, then ruled by another tyrant Rafael Trujillo – he was assassinated the following year. When he returned home his mother-in-law tried to warn him that Macoutes were waiting for him. He didn’t understand the danger that he was in.

The genial Gaetjens was forced at gunpoint to drive to a police station by Macoutes, never to be seen alive as a free man again. He was last seen in the notorious Fort Dimanche Prison. There is little doubt that he was murdered there. It later emerged that greedy Macoutes had coveted his laundry business. A footballing icon was robbed of his life for such brutal venality.

Gaetjens, along with the rest of the Miracle team was inducted into the US Soccer’s Hall of Fame in 1976. In 2010 Gaetjens’ son Lesly accepted the prestigious National Soccer Coaches’ Association of America’s All America award for 2010 on behalf of his murdered father.

With Brasil’s second World Cup pending, it is in our opinion, time that football honoured the memory of Joseph Gaetjens with a fitting tribute at the scene of his greatest triumph in Belo Horizonte such as a statue at the ground. Gaetjens should never be forgotten. 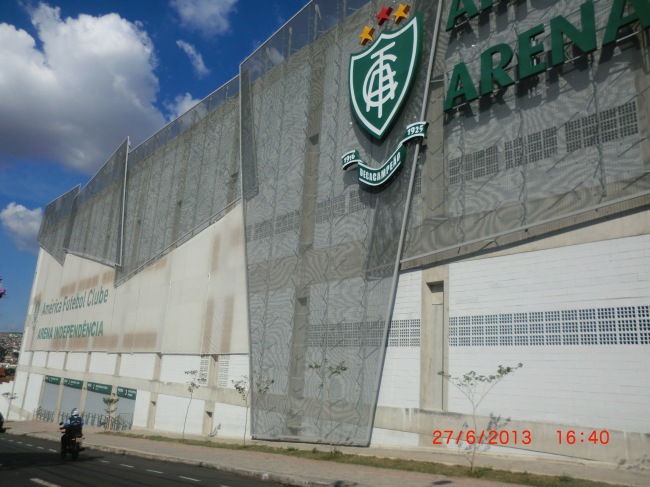 A semi-final of the World Cup will take place 50 years to the day of Gaetjens’ disappearance and murder. That match should start with a minute’s silence or applause for Joseph Gaetjens. Football owes his memory that much at least.

One thought on “Football’s Shame – Archive”